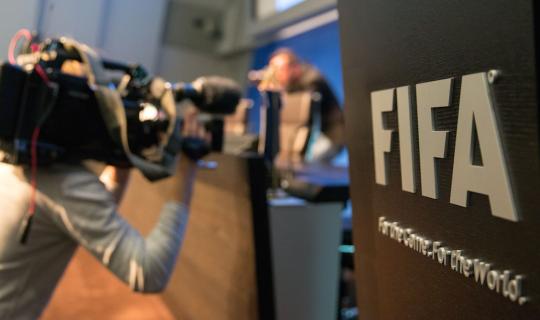 FIFA is set to open its annual congress despite the arrests of seven top officials on corruption charges, as well as warnings from a number of sponsors that they could review ties with football’s governing body.

Amongst them, Visa has stated that it will “reassess” its sponsorship unless FIFA makes changes, while Coca-Cola and adidas have also voiced concern.

The credit card company became a top-tier Fifa partner in 2007, taking over from Mastercard, and recently extended its relationship until 2022. Meanwhile adidas has supplied the official match ball to all FIFA World Cup tournaments since 1970, with Coca-Cola involved as far back as 1950, before a formal association with the governing body from 1974.

Rupert Pratt, co-founder of Generate Sponsorship, commented: “It’s very rare that major sponsors will come out on the record, other than previously departing members of the family such as Emirates and Sony. Visa and Coca-Cola have spoken out, which is major in itself, so it does represent a problem now. Brands potentially have grounds to pull out now.”

“Football is a massive global market, so it’s a risk for sponsors to pull out as previously their rivals could happily step in. However, if you’re a new sponsor now looking to make an impression in football, they will have to think long and hard about getting involved with FIFA. That’s the real challenge FIFA could have, replacing them if anyone drops out.”

Meanwhile UEFA, the governing body of European football, has confirmed it will not boycott Friday's vote for the next FIFA president, where incumbent Sepp Blatter – who has yet to appear in public since the arrests but has not been named in the investigation – is targeting a fifth term in charge.

Following the arrests, FIFA has provisionally banned 11 of the 14 people charged by the US authorities on Wednesday from football-related activity.

They are accused of racketeering, fraud and money laundering, including charges of receiving bribes to influence the outcome of bids to stage football tournaments, such as the 2010 World Cup in South Africa and the 2016 Copa America in the US. South African government officials have denied the claim.

Jeffrey Webb and Jack Warner, current and former presidents of CONCACAF - the Confederation covering Central and North America and the Caribbean - are among those charged with racketeering and bribery offences.

The guilty pleas of six defendants – including Chuck Blazer, former CONCACAF general secretary and FIFA executive committee member, and José Hawilla, owner and founder of the Traffic Group, were also unsealed by the United States Justice Department on Wednesday.

In a news conference in New York City, Loretta Lynch, US attorney general, described CONCACAF as “an organisation in crisis” and said defendants had “corrupted the business of worldwide soccer to serve their interests and to enrich themselves”.

She added: “They did this over and over, year after year, tournament after tournament.

“The indictment alleges corruption that is rampant, systemic, and deep-rooted both abroad and here in the United States.

“It spans at least two generations of soccer officials who, as alleged, have abused their positions of trust to acquire millions of dollars in bribes and kickbacks. It has profoundly harmed a multitude of victims.”

“Today’s action makes clear that this Department of Justice intends to end any such corrupt practices, to root out misconduct, and to bring wrongdoers to justice – and we look forward to continuing to work with other countries in this effort.”