SPORT: IT'S ALL IN THE HEAD 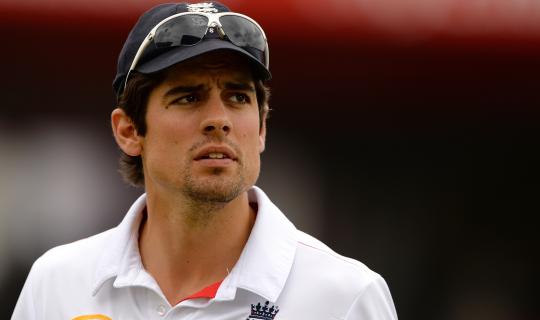 How quickly things can change in sport. From the absolute pinnacle to a dark, miserable pit where there seems no way out. I can’t help but feel for Alastair Cook right now who is not only carrying the weight of dreadful form and a dearth of confidence with the bat but also the burden of a double digit run without a Test Match win for England, a call for his resignation before the next Test and all during his benefit year where he should be reaping the financial rewards of being a brilliant servant to the game.

Cast your eyes back to the Ashes Tour down under in 2011, and it would be hard to believe that this scenario could ever take place. Cook was England’s Golden boy, a player on the ascendance who could do no wrong and was destined to become another successful England captain. England as a team were firing and commercially Cook became one of the most attractive athletes in the game.

It is hard to imagine that Cook won’t still become England’s leading run scorer and possibly one of the world’s greatest players of all time, but something needs to change and change quickly to enable him to mentally channel his energies back into scoring runs. Whether this be relinquishing the captaincy is up for debate but it is important to consider that, on the field, at the crease, Cook hasn’t suddenly become a bad player. In fact, he still averages a pretty reputable 42.36 with the bat as captain; higher than Vaughan, Hussain, Stewart, Strauss, Flintoff and Atherton did when they were skip.

Only his bad patch has coincided with his teammates’ abrupt inability to buy a run, wicket or even hold onto the shiny red thing. There’s also a not-so-small lingering PR disaster around Kevin Pietersen, with more hands tied behind people’s backs than a Hollywood hostage scene where remarkably the only man coming out with any credit is Kevin Pietersen.

Let’s hope he takes inspiration from the likes of Rory Mcilroy whose well documented capitulation at the Masters in 2011 saw him learn a harsh but valuable lesson in mental fragility and how to overcome it. His bounce back was immediate, winning the US Open later that year and subsequently big commercial endorsements followed.

The weight of endorsements from Nike (£150m over 10 years) and the adjustment to new clubs, led to a further dip in performance, affecting him mentally. Last weekend’s win at the British Open however was impressive and at 25, (like Cook was in Cricket) has the world of golf at his feet, including a long list of potential commercial suitors. Most impressive was his mental demeanour, maturity and swagger – all pointing to a very exciting future.

Cook is still holding onto his commercial appeal, the same appeal that sky-rocketed a couple of years ago after his wondrous Ashes series and rise to England captain. The same appeal that saw big name brands such as Clydesdale Bank, Austin Reed and Buxton sign long term deals with the cricketer. These deals haven’t dried up either, with law firm Slater & Gordon taking a, potentially risky, step to sign Cook up before the current India series. His undoubted aesthetic allure – The Sunday Times named his as one of their best looking sportsmen – will never dwindle, neither will his well-spoken charm.

What is obvious though is that Cook’s brain is scrambled, and so all the traits that go with being a captain – reliability, confidence, bravery – traits that potential sponsors look for in a sporting captain (Chris Robshaw is a good example) are absent. He is going through the same mental rut that McIlroy went through and climbed out of.

Performance-wise McIlroy had a bad year and his reputation, commercial viability and appeal to sponsors never fully waned. Cook has had a bad nine months and may lose the England captaincy. It will be interesting to see if he loses the commercial benefits that go with the title.

Cook has already achieved so much but there is so much more to come from him if he can break free from the shackles of the Captaincy and pressure that continues to build.

Similarly, how will James Rodriguez perform following his stunning World Cup and cool £71m move to Real Madrid? The old saying goes that form is temporary and class is permanent, let’s see how this plays out with the mental pressure that comes with the financial outlay on his shoulders and being the current but often fickly short darling of world football. At least, unlike Torres, he isn’t the biggest money player at the club with Ronaldo (£80m) and Bale (£85m) both eclipsing this (and performing).

To find out more about our Consultancy work head here