stocky proving his worth at the aj bell London triathlon

Last weekend Team Mongoose hit ExCel London on force for the 2015 AJ Bell London Triathlon. Taking place at the ExCel Centre, competitors battled the heat around a course marked by iconic London landmarks. This was the first year as title sponsor for our client AJ Bell one of the UK’s largest providers of online investment platforms and stockbroker services.

The AJ Bell London Triathlon is the world’s largest triathlon attracting over 13,000 triathletes of all abilities and with 30,000 spectators cheering them on over the two days of competition creating an electric atmosphere. AJ Bell made their mark on the event with a number of innovative activities and engaging platforms for competitors and spectators alike to get involved with.

Saturday brought the first AJ Bell wave filled with staff and clients ready to test out all their training on the course with the exclusive opportunity to transition in the elite transition zone.

The AJ Bell Invest Smart expo stand situated in the heart of the race village was a real focal point over the weekend, giving out bang bang sticks to spectators and hosting a competitive static bike competition to win Tri UK vouchers worth £250. This definitely unveiled everyone’s competitive side with over 350 people taking part over the two days. Who knew it was so exhausting to cycle 500 metres!!! 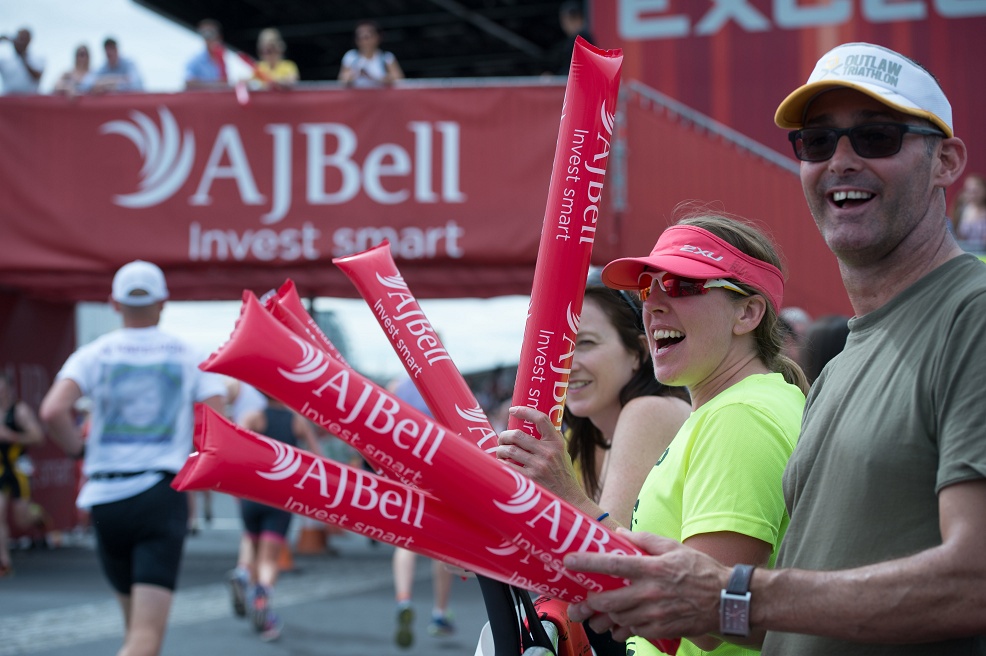 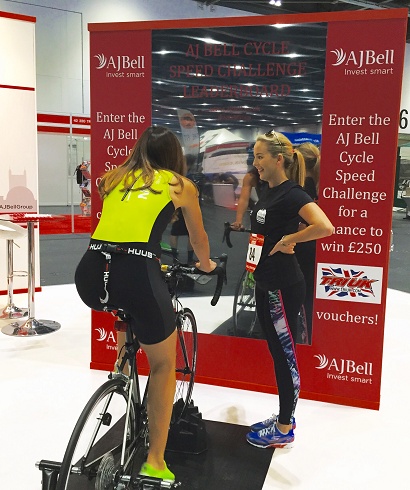