SUPER BOWL ADVERTS – THE GOOD, THE BAD, AND THE CONTROVERSIAL 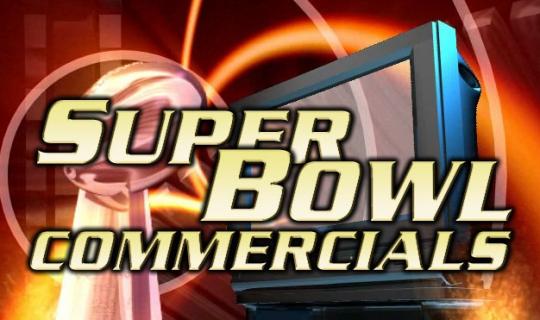 Sponsorship branding and activation around the Super Bowl is big business, with over 100 million viewers this isn’t a surprise.

Have the expectation, hype and results of the adverts become as big as the play on the field? Do marketing and sponsorship experts stay up alongside the sports fans to see what unfolds on the night?

PR Week's article this week highlighted the so-called winners and losers in the commercial world from last weekend’s big clash between the Seattle Seahawks and the New England Patriots.

The Patriots were the winners on the field (for the fourth time) this year, whereas off the field it seemed that Budweiser took all the glory, with their video being viewed a staggering 47 million times during the build-up and throughout the game. We believe that these numbers cannot be argued with, and neither can the other ‘winners’ figures, including McDonald’s and Coca-Cola, who both entered the top ten in viewer ratings with their creative, and eye-catching campaigns.

On the opposite side of the success spectrum, the Seahawks were the losers on the field, with their head coach Pete Carroll taking the responsibility for a poor decision late in the game, handing victory to the Patriots. While on the screen, PR Week believed the major loser was Nationwide, claiming the advert (showing the importance of preventing household accidents, but insinuated the death of a child), seemingly damaged the reputation of the insurance company, so much so that a statement was released after the game explaining their actions. However, although the advert was ‘depressing’ and ‘tragic’, people were tweeting/retweeting about it, and starting conversation, which was the aim according to the statement made by the firm – so how is that a loss?

PepsiCo are official sponsors of the halftime show, but they hardly get a mention in any media coverage - #leftshark was the hero of that show! Is it value for money to be an official sponsor, or does an advert spot offer more?

Away from Super Bowl XLIX, here’s a quick summary of some of our favourites from past years:

The one that was disturbingly funny

In 2014, the Doritos “Finger Cleaner” advert was extremely amusing, memorable and caught peoples’ imagination…even if it was a little wrong.

The one that tugged at the heart strings

The Budweiser “Brotherhood” advert from 2013 brings out my soppy side – a really heart-warming advert, that made me feel all warm and fuzzy.

The one that gave me Goosebumps

2011’s Super Bowl brought you Chrysler’s “Imported from Detroit" advert, featuring Eminem. This was an advert that made the hairs on the back of my neck stand on end. It was also a great idea using one of Detroit’s most well-known faces, to highlight the meaning of the commercial.

Have we missed any corkers, what are the best Super Bowl ads?