THERE IS EXERCISE BEYOND CARDIO! 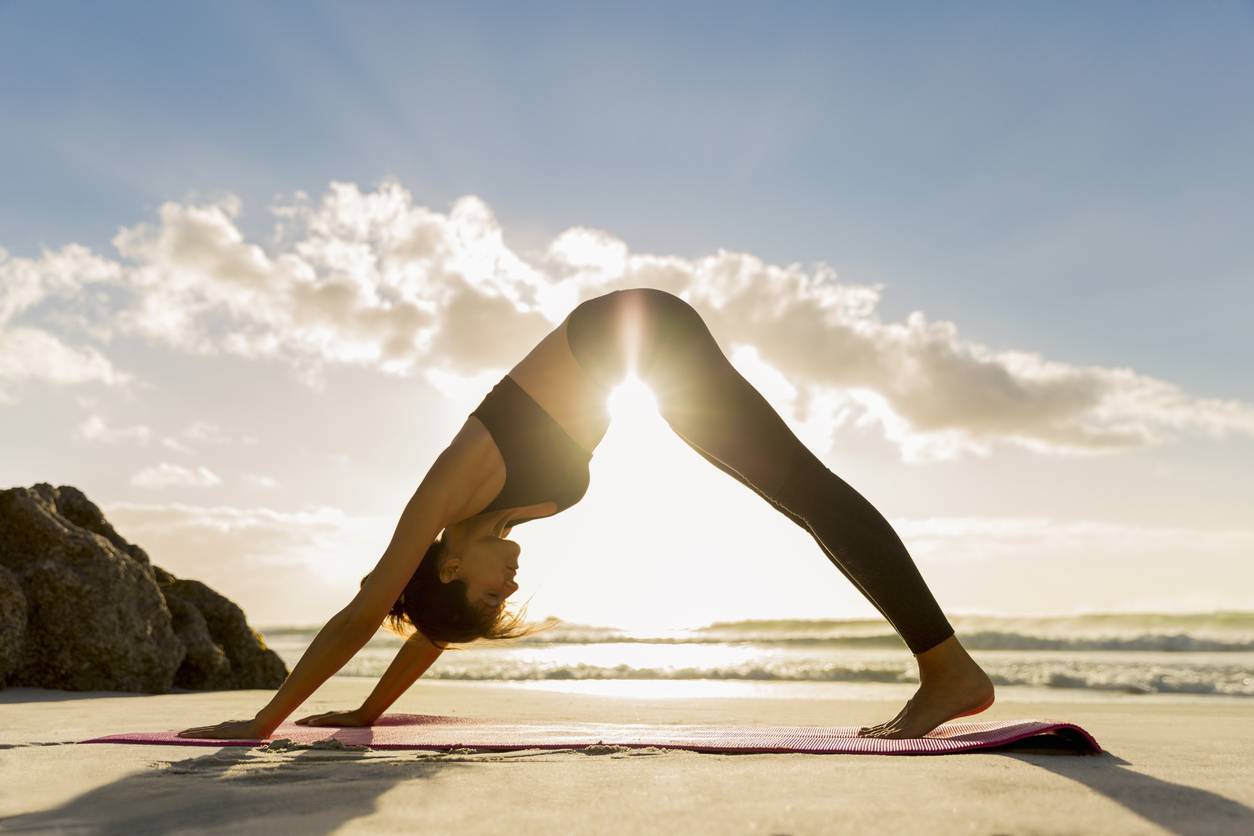 For me, exercise has always been about cardio; pushing myself to the limit and sweating my socks off, with a 'no pain no gain' mentality. Over the past seven years I have run two London Marathons, four half marathons, cycled London to Brighton, completed an open water triathlon and a full Tough Mudder. None of which have been easy - please don't be under any illusion that I am a natural athlete - I am merely easily persuaded and pig-headed!

Each physical endeavour has come with its own tale of suffering; a marathon undertaken with food poisoning, a triathlon with a fractured coccyx, an obstacle course race which ended with concussion... I think I had come to the understanding that to truly achieve something in sport or exercise it must have resulted in serious physical harm!

That is until now... I have just returned from my first yoga retreat, and despite my reservations about what I would get out of it, I have to say, I am a complete convert.

The yoga phenomenon has swept across the UK over the past 10 years with a plethora of formats now available – vinyasa flow, ashtanga, yin yoga, hip hop yoga, even goat yoga! To an outsider, it can be perceived as a pretty confusing minefield and something I have steered clear of until very recently. I realise I am seriously late to the game - but I truly never thought it would be for me. I had tried a few classes back at university and always left feeling unsatisfied and unsure of what I had achieved physically, with a desire to go and pound the pavements or sweat it out in a spin class to make up for the lack of exertion I had experienced. As I saw more and more friends succumb to the trend, I blamed the fashion of fitness, propelled by brands such as Lulu Lemon. But one by one, they were all falling under its spell - I started to question, could they all be wrong?

A few months back when I was feeling particularly exasperated with the unrelenting, fast paced London life and stress levels were at an all-time high, my Naturopath suggested I take up yoga in a bid to slow down and find some inner peace. Seeing as this advice was now coming from a professional I decided to put my reservations to one side and give it a go... I found a class close to work, scheduled at a convenient time, so as not to give me any reasons to bail out and dipped my toe in the water.

I had to admit that I was pleasantly surprised by how much I enjoyed the class. No I didn't leave sweating or feeling like I had been pushed to breaking point but it challenged me from a physical point of view in terms of flexibility and strength (pretty much non-existent!) and I left feeling calm and centred, which was the main point right? The fact that I then ran home to make sure I had got my heart rate up is by the by...!

It started to become a bit of a regular habit and before I knew it, I was a yoga-class-goer; knowing my downward dog from my warrior pose. The enjoyment came from the different way in which I approached it - it's not cardio, but it serves a different purpose that's equally important.

This weekend I found myself on a Zest Life yoga retreat in Wales with 15 other people of all ages and abilities, brought together by their love of yoga but more importantly, a desire to find both mental calm and physical strength with like-minded folk. Two classes of yoga / meditation each day, walks along the coast / to a waterfall, with a purely vegetarian menu and no alcohol - my friends didn't believe me when I told them where I was going...!

It surpassed all my expectations - I have increased my flexibility, I feel stronger and my body aches - in a good way. Plus I met some lovely people whom I have already made plans with to go to a variety of yoga classes / workshops and other retreats. Needless to say, I have done a complete 180 on this yoga thing!

So, in conclusion, I have learned that that cardio is not the only way to exercise - I am not saying that running and cycling will ever be replaced by yoga - but that there is now also room for a slower paced, strength based format in my life. God, I am starting to sound old...!