THINK BEFORE YOU SPEAK 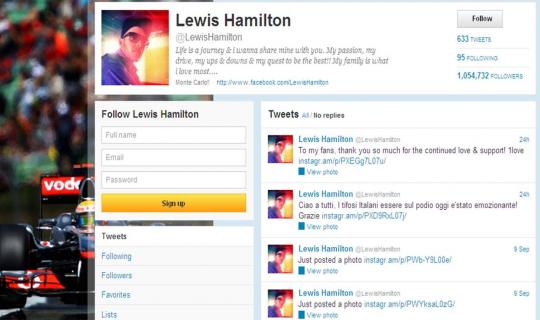 Rupert Pratt thinks: “Oscar Pistorius’s outburst this weekend is unlikely to affect his sponsorships. Although not ideal, it is an isolated incident said in the heat of the moment. He is one of the highest profile Olympians, heavily endorsed and I would expect sponsors to be forgiving in this situation.

Ironically, for someone who has made their name by challenging the regulations that blades don’t offer any kind of advantage in sport, to publicly criticising a fellow athlete for the same thing he has campaigned against is not an ideal PR situation for him.”

Another public outburst this weekend from Lewis Hamilton adds to debate whether athletes should be allowed to publicly vent their frustration? With his collective 1,000,000 followers not to mention the media pick up from his frustrated tweets, is cursing on twitter the same as cursing on live TV? If we now live in a society of free speech, why did he remove the tweets, was it because he wanted to rephrase them as stated in the media or what it because of current sponsors?

Do athletes need to be mindful in what they say? Is venting frustration on twitter as bad as venting on TV?

We want to know what you think of their public outburst, were they said in the heat of the moment? Should athletes think before they speak?