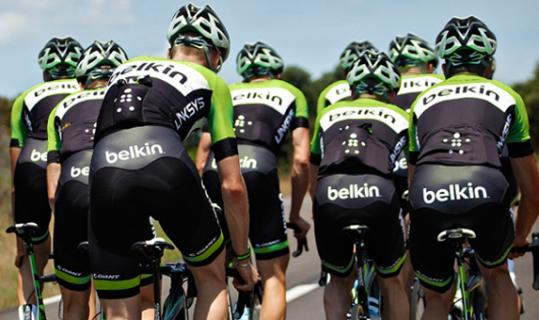 A recent article published on the BBC News website (http://www.bbc.co.uk/news/business-22854929) suggested that the Tour De France was ‘exceptional value for money’ for sponsors of the cycling teams. It was estimate that the average media exposure for each team taking part in the Tour de France is $70m (£45m) with an ROI of 5:1.

Now you can’t argue that the tour provides a great platform for brand awareness for the Tour's newest team sponsor Belkin, however I feel that this is very much back to ‘old school’ sponsorship whereby you plaster your brand name on a jersey and say ‘job done’.

Back in January 2012 Manchester City FC’s head of partnerships Luis Vicente argued that sponsorship in its traditional form is dead. He continued saying that you have to come up with something that is an embedded, engaging experience with your audience. In my opinion, Belkin have failed step one of the sponsorship handbook.

A recent IFM Sports Marketing Surveys (SMS) backs this up stating that “85% of sponsorship heads say sports events need to be more inventive when trying to engage with fans”. To this effect, Orange are doing a better job by supplying communications technology specifically designed for each stage of the competition. Yes the event is about brand awareness but it also provides the brand with a platform to promote its tech capabilities by offering fans the chance to follow the Tour de France on PC and mobile.