WAS THE PREMIERSHIP FINAL THE FINAL STRAW FOR THE TELEVISION MATCH OFFICIAL? 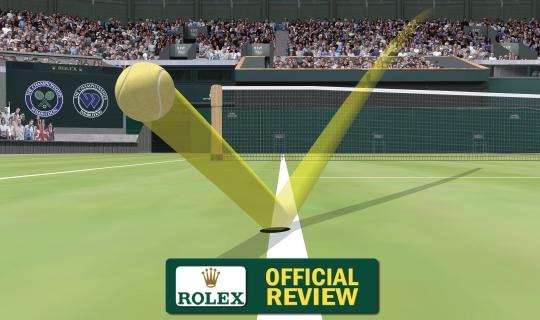 Sport is always looking at ways to eradicate mistakes and remove controversy in the process. Ever since technology has been made available, sport has fully utilised it with cricket one of the first to really benefit. After eighteen months of development, Channel 4 used Hawk-Eye in their coverage of the Ashes. What originally started as a way to enhance the cricket viewing experience; the third umpire soon became a fundamental part of how the game was officiated. Due to the success of Hawkeye, the Decision Review System was introduced in Cricket with Tennis shortly following suit.

Rugby on the other hand has gone for a more traditional approach and utilised the television match official (TMO). Whilst this has largely worked for the good of the game; there has been occasions where the TMO has been brought into question. This has never been more prominent than the recent Premiership final between Northampton Saints and Saracens. Nigel Wray, owner of  Saracens, labelled the TMO process “a shambles” after a key decision went against his team. The IRB is now conducting a global trial of the TMO, which comes to an end in August, with the governing body also under pressure to review the scope of the system and critics arguing that it brings too many stoppages in play.

Hawkeye have seen an opportunity and have held talks with the International Rugby Board about providing a replacement to the controversial television match official system ahead of the 2015 World Cup.

With such uncertainty surrounding the future of sports technology, how confident are brands in associating themselves with it in a sponsorship context?

In international cricket, we see the likes of Emirates Airline extending their respective ICC Umpire sponsorship rights into the third umpire review system. And you can see why. The review system has fast become one of the most anticipated and exciting areas of the game with a  stadium and television audience glued to the big screen for the third umpire’s verdict. Through the Emirates logo being visible on the big screen, the global airline benefits from widespread brand exposure during key stages of a match. This is also the case in Tennis where Rolex have become synonymous with the tennis review system since the challenge process was introduced in 2006.

So why are established brands not willing to use the rugby TMO system as an extended part of their sponsorship rights package? Furthermore, why is the TMO not being utilised by brands in the same way as with other sports? Interestingly enough, Emirates are also a sponsor of the IRB referees but you don’t see them associated with the TMO process as they are with third umpire in cricket.

Maybe Hawk-Eye is perceived generally as a more trusted, impartial platform for brands to associate themselves with? It is perceived more as technological fact which is less susceptible to criticism and contentious attention.

The TMO on the other hand is maybe seen more as human opinion and there are many variables, such as camera angles, that are inconsistent and questionable. It is therefore understandable that brands are reluctant to associate themselves which something that many perceive as unreliable and untrustworthy.

It will be interesting to see how technology evolves with sport both in a performance and sponsorship sense.