The Weird & Wonderful - Betting at Superbowl 51 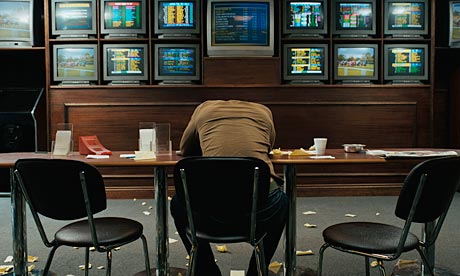 With a good helping of Football, a side order of over the top adverts and a sprinkling of Gaga, this Sunday sees the eyes of the sporting world turn to Houston for Super Bowl 51.

Texas welcomes the 4 x Lombardi Trophy winners, the New England Patriots, and the Atlanta Falcons making only their second Super Bowl appearance. New England quarterback Tom Brady will be looking to make it 5 rings while Matt Ryan will be hoping to bring the Lombardi trophy back to Georgia for the first time ever.

With over $115 million dollars being bet on the game, we have had a look at the weirdest bets that if followed, might win you a bit of pocket change.

The over / under line is currently sat at 2 minutes 10 Seconds. Country star Luke Bryan will be belting out the Star Spangled Banner this year as he did at MLB All Star Game in 2012 where he finished the last note of ‘brave’ at 1:59. Under the lights and eyes of the world at the Super Bowl he is bound to drag his moment in the limelight out by another 10 seconds at least. Back the over.

If we are honest, a good portion of people watching the Super Bowl are propping their eyes open until the half time show and then swiftly retreat to bed. It will be the same this year with the controversial queen of Pop Lady Gaga grabbing the mic at half time. But the big question is what will she open her show with? Bad Romance and Born this Way are in the mix but for me Edge of Glory is the most apt. Gaga will be looking to start her show with a bang and boy does Edge of Glory provide that bang. Currently sitting at 11/4 you too could be on the edge of some winnings.

Probably the weirdest ‘tradition’ in the NFL is in most high profile games; where the winning coach has the entire contents of the Gatorade tub poured over the head. It will almost certainly happen at this year’s Super Bowl (although if I was a Patriot I would think twice about doing it over Bill Belichick!) but what colour will it be?  Super Bowl 48 saw Pete Carroll drenched in orange Gatorade, 49 was blue Gatorade being poured over Belichick, and last year the Broncos went back to orange.  With Orange predicted as one of the fashion trends for 2017, sitting at 5/2 it is a no brainer.

Since the presidential race began, the one twitter account that people have been glued to has been Donald Trump’s and this has not changed since he replaced Barack Obama in the White House – if anything it’s far more interesting! His twitter activity is so intriguing that people are betting on how many times he will post during Super Bowl 51. The over / under is set at 1.5 and backing the over is one of my strongest bets for the game. As an adamant supporter of Brady and Kraft, and recently calling commissioner Roger Goodell a “dope”, if the Pats begin to dominate expect a flurry of tweets from the Republican POTUS.

5)      Number Of Times Giselle Bundchen Is Shown On FOX Broadcast During Game?

The most famous WAG in the NFL is undoubtedly super model and ex-Victoria secret angel, Gisele Bundchen. With her husband, Tom Brady, looking to cement himself as the GOAT by winning a fifth ring, Gisele is likely to get some screen time. Add to this that she has not held back on her social media during previous big Patriots games and the over 1.5 appearances begins to look like an extremely good bet.