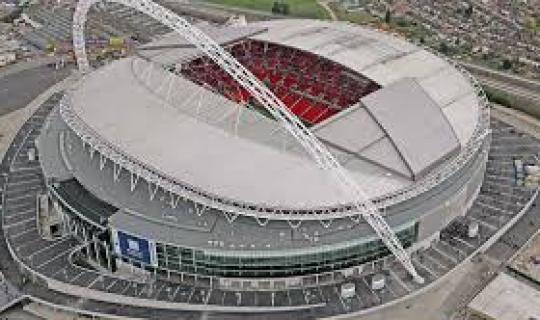 Generate Managing Director, Rupert Pratt, caught up with Simon Ward at Sportscal on the latest partnership between EE and Wembley:

Wembley Stadium, the home of the England national soccer team, is to stage its first boxing fight since opening in its present guise in 2007, the latest event to be awarded to the venue, which now has a new lead partner in EE, the UK mobile phone operator

EE's fight for recognition The Froch-Groves contest will be a further opportunity for EE to promote its association with Wembley having last week concluded a deal with the FA to become the first lead partner of the stadium, as well as a supplier to the England men’s senior team and the domestic FA Cup competition.

The Wembley agreement, which came into effect for Sunday’s Capital One Cup final between Manchester City and Sunderland, is reported to be worth £25 million ($41.7 million) over six years and grants EE special privileges, including the right to offer exclusive ticketing and marketing initiatives to customers.

While the new sponsor does not have primary naming rights – the full name of the venue is now Wembley Stadium connected by EE – the brand does get an association with one of the world’s most iconic sporting venues, a boost to its profile, especially as it has only been known by its present name since last September, when it changed from Everything Everywhere. The company was formed from the union of the UK operations of telecoms giants Orange and T-Mobile in July 2010.

Rupert Pratt, the managing director of UK Sport and Entertainment agency Generate, outlined the benefits of the Wembley deal to EE, telling Sportcal: "As a merger of established brands into a new one, it needs instant brand credibility and awareness in the marketplace, plus consumer, customer and employee engagement. This is what high-profile sponsorship does."

Asked how EE could ensure that it gets maximum exposure for its sponsorship of the stadium, given that it will not be a primary naming partner, Pratt said: "It needs to work hard at activating and leveraging the sponsorship association, integrating the partnership into its business and marketing activity. Most importantly using it to deliver benefits to existing customers (loyalty) and new ones (customer acquisition)."

The deal gives EE access to a stadium that hosts a variety of events each year, including England home matches, the finals of the FA Cup, Capital One Cup and lower-tier Football League play-offs, NFL American football games and music concerts.

There will also be significant benefits to the FA and fans as, under its deal, EE has pledged to deliver a "multi-million pound investment" in the technological infrastructure of Wembley over the course of the six-year deal, making it one of the "most connected" sporting venues in the world, with future technological advancements set to include mobile ticketing solutions, enhanced mobile network access and super-fast Wi-Fi.

Pratt believes that this shows why EE was a suitable sponsor for the FA, especially as, even if it wanted to, the governing body was not permitted to sell the primary naming rights to Wembley because of a 2001 agreement pertaining to the reconstruction of the stadium.

He said: "From my perspective it works. Naming rights for such an established and iconic venue would have been a no-go as it simply doesn’t work for either party. EE is a good fit as stadia are desperate to be web and mobile enabled, the cost of which is expensive. EE can provide this and create a value partnership for the FA and fans alike."

Olympic Stadium opportunity One London stadium that will be seeking a naming rights partner is the Olympic Stadium in the east of the capital, with recent reports suggesting that a deal could be in place by the end of this year.

A direct association with a venue that was built for the London 2012 Olympic Games and that will host home matches of West Ham United, of English soccer's Premier League, and other events in the future could be more valuable than the sponsorship of Wembley.

However, Pratt claimed that it is likely to appeal to more established companies than EE, which wanted a connection with an "iconic and established venue" in Wembley.

He added: "You have to consider the events that are going to be held at the new venue [the Olympic Stadium]. EE may have been specifically targeting a certain type of football demographic or event profile (e.g. national, international, finals etc) within its strategy and considered factors such as what other regular events are being held there, like NFL and major tournaments.

"Potential sponsors for the Olympic Stadium will be looking for ‘naming rights’ awareness and should be thinking about the type of audience, coverage and frequency and how they can integrate their product/service into the venue."