What does President Trump mean for the world of Sport? 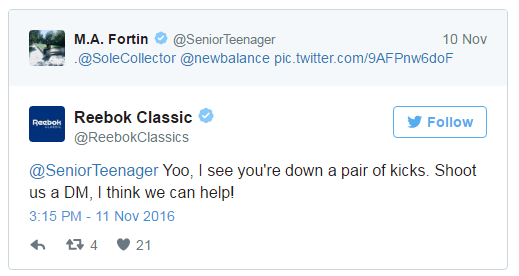 As reverberations of the recent US Presidential Election persist and incoming President Donald Trump continues to court controversy as he makes the transition into the most powerful individual in the world, we step out from the shadow of that ‘wall’ to consider what impact he will have on the sports industry.

Very few of the policies he presented and discussed during the Presidential race impact sport in the US or internationally directly. The first sporting hurdle facing President Trump could be the Los Angeles 2024 Olympic and Paralympic bid. Considered one of the clear favourites alongside Paris, Trump’s election could threaten to derail LA’s chances as both the Mayor of Los Angeles and members of the IOC have voiced their concerns over Trump’s attitude to immigration and women.

Similarly, with FIFA indicating that European and Asian nations would not host the 2026 FIFA World Cup and President Gianni Infantino encouraging joint bids between countries, the USA appear to be in pole position to host the world’s largest sports mega-event and rumours of a joint bid with Mexico have recently been gathering momentum. However, World Cup bids typically only succeed with coordinated government backing and initially at least it seems increasingly unlikely that senior government officials will be able to cultivate the collaborative environment required to put together a winning bid with such important issues being discussed (or not) between the two countries.

Despite this seemingly overwhelming evidence, sports mega-events provide a perfect platform to showcase America’s power and Trump’s background as a self-professed sports fan, coupled with his campaign pledge to ‘Make America Great Again’ makes it highly likely that he will wholeheartedly support any US bid to host an international event. One thing is for sure, whatever 2017 brings for the American bid teams, with Donald Trump playing a key role; they won’t be short of headlines!

Only time will tell us the true impact of President Trump but the factious nature of some of his comments has already caused a stir for the brands that appeared to endorse him. An ill-advised ‘joke’ tweet sent by sunglasses brand Hawkers led to Mexican Formula 1 driver Sergio Perez terminating his sponsorship deal with the company after suggesting that he ‘will not let anyone make fun of my country’. Whilst sportswear giant New Balance received a significant backlash after declaring their support for Trump, with many customers turning to social media to post pictures of them burning or discarding their New Balance trainers. Step forward the Reebok Classics PR team who took to Twitter and on numerous occasions replied those wrecking their sneakers with offers of replacements. Reebok’s current tagline is ‘Be More Human’ and they sure lived up to that in this instance!

Ultimately, no one knows what the election of Donald Trump will mean for the world of sport but in Mexico’s Saul ‘Canelo’ Alvarez, the US currently plays home to boxing’s most lucrative asset. He alongside the whole host of other Mexican athletes earning their trade in US sport may mean that Donald Trump might be better served building a bridge after all.