Home > News > WHAT NEXT FOR FORMULA ONE?

WHAT NEXT FOR FORMULA ONE? 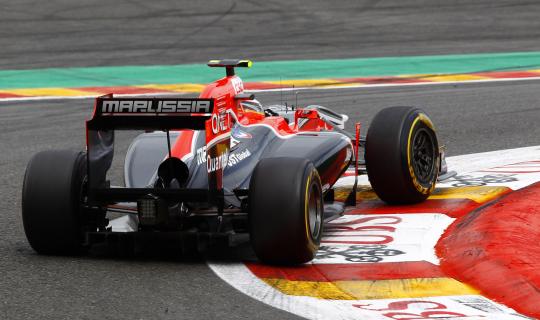 What is happening to Formula One?

Within four days two teams have been forced to surrender and declare themselves into administration. First was the Caterham F1 Team, who has competed in the World Championships since 2012 and just a couple of days later Marussia have followed suit.

Neither Caterham nor Marussia being present this weekend or next leaves a gaping hole in the number of cars on the F1 grid.

The 18 cars left is the smallest entry since the US Grand Prix in 2005 when only six cars started the race at the Indianapolis Motor Speedway due to BAR-Honda serving a ban and numerous withdrawals with tyre issues.

Will the three-car rule raise its head again? F1 rules state that teams can run a third car should the entry for a race drop below 20 cars, and so there have been many debates about whether F1 will switch to allow three-car teams next year, though many F1 bosses are against the idea.

As is standard, Bernie Ecclestone has put his point of view across, which won’t be universally agreed with:

As is the case with all sports, financial issues are the be all and end all.

It seems sad that these teams are in trouble. Although don’t you think it’s actually a miracle that the teams have held their own as long as they have?

It seems like it has been a five year unequal struggle for Caterham and Marussia, though initially it seems like the teams got a bit too big for their boots, going on to employ up to 1000 employees.

Now these teams have been bitten in the bum, putting hundreds of people out of work.

A somewhat harsh but useful message is that if you’re looking for job security then the motor racing industry may not be the industry to go into. Although the nature of the sport has always been competitive, teams come and go which gives us an element of excitement…from a spectator view.

F1 needs to be kept exciting and fulfilling as I’m sure Bernie would agree, with the nature of the sport being fast passed and consequently if teams are lacking behind then leave them behind.

Will they survive? Your guess is as good as mine…………