WHO ARE THE REAL WINNERS OF THE 34TH AMERICA’S CUP? 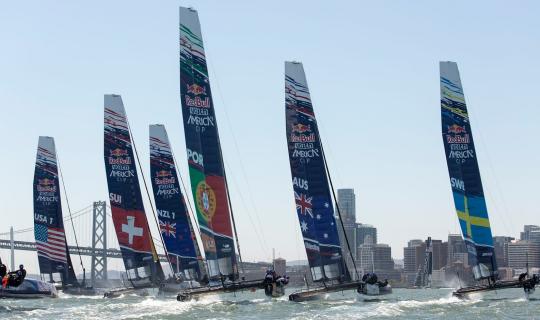 Unless you’re from my native New Zealand, chances are you won’t be following the 34th America’s Cup (the oldest active trophy in international sport) or even know it’s about to conclude with an Emirates Team New Zealand victory (fingers crossed!) after nearly 3 months of sailing. For such a prestigious global sport, spectacular racing and an impressive history, why has it failed to capture global audiences and attention?

o   Sponsors are requesting money back (Louis Vuitton), an indicator that something definitely isn’t right!

Solutions to the above are easy to recommend from my office in London but will be incredibly challenging to implement for the next competition host (ahem….. Auckland, New Zealand).

So who are the winners:

But sadly for my industry I struggle to see the value this tournament is delivering to sponsors at all levels. I know sailing will always be less mass than Football, Cricket, Rugby, Golf etc... due to accessibility, but Aberdeen Asset Management does very well out of Cowes Week and Volvo the same from the Round the World race. Plus partners of the Extreme Sailing Series generate significant value driven particularly by the most unique hospitality offering going (you are on the boats as they race in competition, the ‘5th man’).

Until changes are implemented for the better of the tournament I think sponsors will always struggle.

There are some indicators that the competition is moving in the right direction:

But there is a long way to go.