WHY ADIDAS IS RE-EVALUATING ITS RELATIONSHIP WITH ATHLETICS 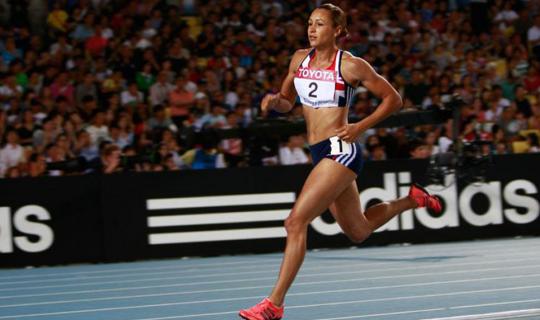 Earlier this month, the independent World Anti-Doping Agency concluded that doping was “widespread” within athletics and that former IAAF president Lamine Diack had been “responsible for organising and enabling the conspiracy and corruption that took place in the IAAF.”

This wouldn’t have escaped the attention of Adidas, the IAAF’s biggest sponsor.

One source, with inside knowledge of the deal,told Marketing Week that Adidas is already on bad terms with the IAAF due to current president Seb Coe’s links with rival Nike as well as its decision to hold the 2021 World Championships in Eugene, Oregon – where Nike is headquartered. “The waters were already muddied,” he explained.

Adidas is currently under pressure from shareholders because it is trailing Nike and New Balance in the key North America region. It is thought to be re-evaluating its sponsorship portfolio in underperforming areas – such as golf – in order to boost overall profitability.

Therefore its reported decision to cancel the 11-year athletics tie-up, which was due to run until 2019, could not only be down to scandal but also pleasing shareholders.

Rupert Pratt, managing partner at Generate, is keen to point out the relatively small size of the 11-year IAAF deal, which is thought to be worth around $6m a year, when compared to Adidas’ dealings with the likes of Manchester United.

“For example, despite a poor on pitch performance, its £750m kit sponsorship of Manchester Utd pays for itself on kit sales alone.

“The athletics deal has already incorporated the 2009 World Championships in Berlin which would have been a major attraction for the partnership so maybe the remaining four years are less attractive commercially, especially with the IAAF reputation coming under such scrutiny.”

A new approach to sponsorship

Above all, Generate’s Pratt says the way Adidas is currently handling the IAAF could signal a wider shift where brands hold more power.

“Interestingly, previously sponsors would try to distance themselves from the issues by not commenting and pulling back on marketing activity – a classic crisis communications approach – until the issues had died down or gone away,” he explains.

“Not commenting or not being see to condone activity is becoming increasingly more difficult and of late we have seen more sponsors speak publically or not renew their partnerships as a result of scandals.”

Last year, Adidas, Coca Cola and Visa all called on FIFA to implement “reforms” or risk losing each as sponsors.

“I think we are starting to see a potential change in both crisis communications management and sponsors tolerance of issues,” adds Pratt.

“Rorsted is the perfect candidate to help us grow our profitability,” said Adidas in a statement.

And with profitability now firmly on the agenda, Adidas has proven it will act quickly if a sponsorship deal is damaged by scandal or does not add to its bottom line.