WHY IS ATHLETICS RECEIVING THE COLD SHOULDER DESPITE DELIVERING A GOLDEN SUMMER? 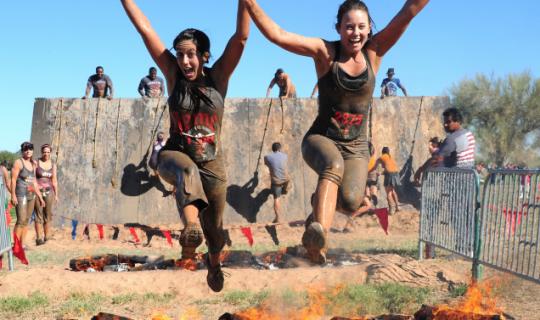 Athletics basked in the sunshine of London 2012 just eight months ago with phrases such as ‘Super Saturday, Mo-bot, Lightning Bolt and Golden Girl’ echoing across the nation as GB fever gripped millions. Yet in recent months British Athletics (formally UKA) and the IAAF’s Diamond League have been unable to retain their respective title sponsors, Aviva and Samsung.

Much like the rest of the UK, the once undisputed premier Olympic sport appears to be suffering from a cold spell. Yes it’s a tough climate and budgets are tight but let’s not pretend new sponsorships are not announced almost daily. So why now is athletics receiving the cold shoulder despite delivering a golden summer?

Following the success of swimming and cycling in Beijing, both sports reported increased popularity and they appeared to narrow the gap on athletics’ claim to ‘the leading Olympic sport’. They weren’t helped by a fallow Games and it was Captain Bolt to the rescue. With London 2012 on the horizon, changes at the top of British Athletics and the introduction of IAAF’s Diamond League painted a promising future and brands bought the dream.

McCain and Samsung were in good company parting with millions for a slice of the athletics Olympic action. Aviva also extended their commitment to see through a thirteen year partnership. 2010 was looking bright and signalled the start of a new era for the sport; finally athletics had the opportunity to spawn the next generation of fans, one’s who perhaps didn’t dwell on the days of Kris Akabusi, Steve Ovett and Linford Christie, one’s who were prepared to take a few risks and were up for revolutionising a traditional format.

Whilst fruitful in medals and emerging talent, the last three years don’t appear to have delivered enough to sustain the attention of athletics sponsors. Rugby caught the eye of Aviva and Samsung funnelled their athletics investment into the sports’ golden nugget, Usain Bolt.

But make no mistake, athletics has a lot to offer and now more than ever brands would do well to recognise this. Here are just some of the reason why:

That said, sport and the way in which we consume it is changing. We live in a world of reality TV, smart phones, tablets, multimedia and multiscreen viewing. Consumers are no longer satisfied with just watching sport, they have an opinion and several ways to publish it to the world instantly. The number of sports and frequency of channels showing it are vast and expanding rapidly through social media. The boundaries of sport are constantly pushed and adrenaline junkies seek the next crazy challenge from the likes of ultimate fighting, base jumping and mega ramp skateboarding. This is a new era of media, sport and entertainment.

Athletics must recognise this and be prepared to make some radical updates or risk being an incredible part of our past and not our future. It must place a bigger emphasis on retaining participants offering an exciting competition pathway for teenagers with motivating and inspiring coaches leading the way. Its bedrock of clubs is led by hard working, retired, hard core fans that show incredible passion and loyal. But with no one willing to rock the bed the sport could bid early retirement through sheer reluctance to adapt and revolutionise what is an old-school competition format, much like competitor sports have been forced to. Perhaps a sponsor with creative thinking and activation ideas is the answer to our prayers. If Red Bull or Google were the next title sponsor of athletics, what would it look like…….?

There’s gold at the end of the athletics rainbow for any brand willing to go that extra mile to reach it.