WHY IS THE GIRO D’ITALIA LEADER'S JERSEY PINK? 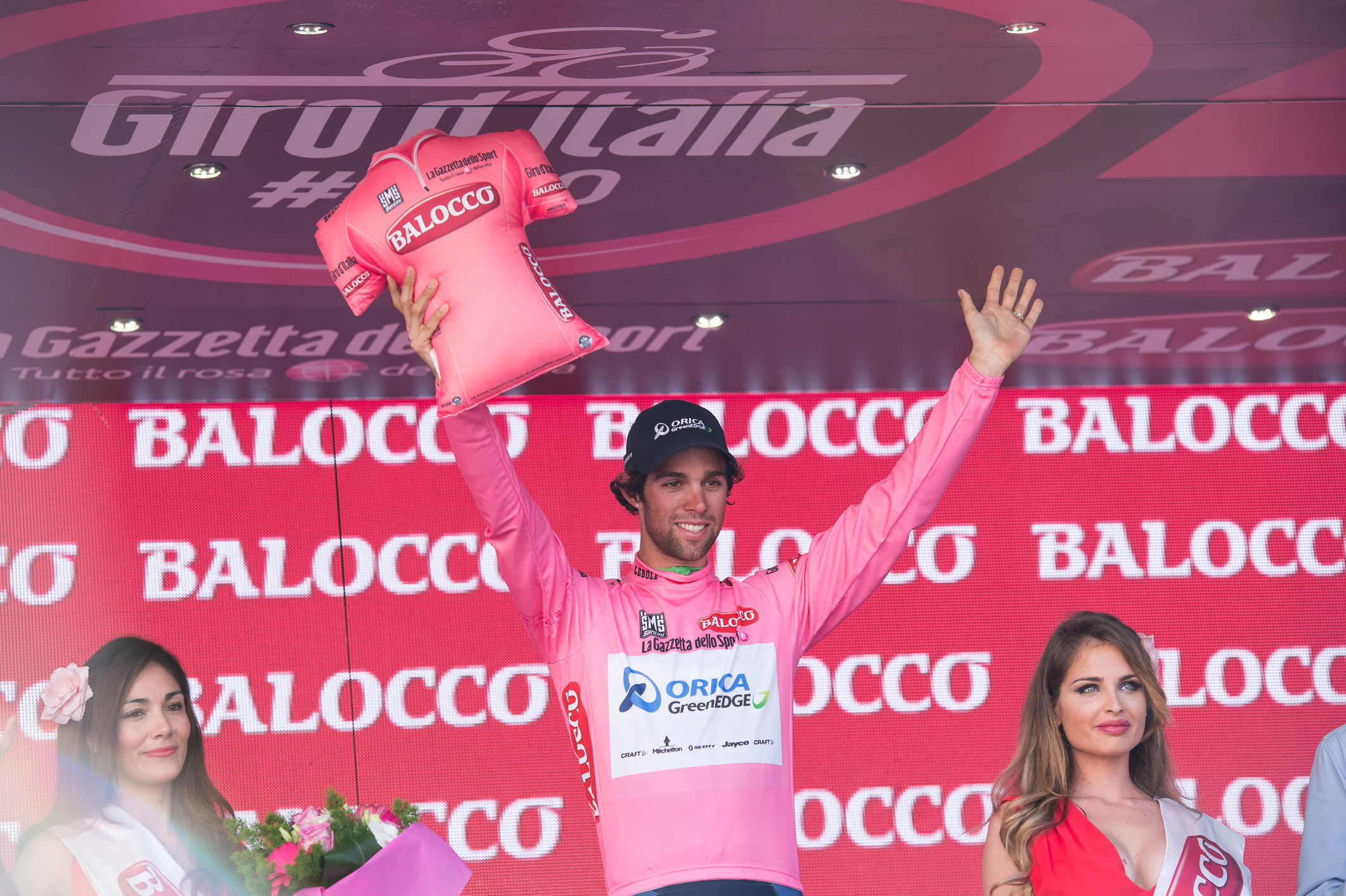 When I was a child, watching the Giro d’Italia on TV for hours at a time, I never really thought about why the leader of such a tough event wore a pink jersey. It has always been so natural that it is part of the narrative. The Giro is pink, the Tour is yellow. End of story.

But in reality, the answer is a little bit more complex.

The easiest way to answer the question is: the pink jersey of the Giro’s leader is pink because the Gazzetta dello Sport (the most "read" daily sport newspaper in Italy, and the one that organises the race) is pink. Therefore, the leader of its race must wear a jersey that symbolises the iconic newspaper pages. But there's more to it than that.

The very first edition of the “Corsa Rosa” (the nickname of the Giro, which means the Pink Course), was held in 1909, and for five years the general classification was established using the points system; from 1914 the leaders were ranked by their time splits. Until 1931 though, no special colours were given to leaders' jerseys. The riders were still cycling with their own team kit, making it more complicated to spot them on the course (both for the other riders and the public), and particularly when things were getting tough for the riders.

So, not only was the pink jersey, or maglia rosa as it is more commonly known, a way to advertise the newspaper itself, it was also a way to make the leader more recognisable in the peloton. “La maglia rosa! Ecco la maglia rosa!” - you can still hear these shouts from the street at every stage of the Giro even nowadays. It doesn’t matter when the pink jersey will pass – it will always be long awaited and greatly cheered on by the public. The riders that have worn it in the past often confessed that wearing it gives them an “extra energy” that can separate a great ride from a phenomenal one.

But if you want to dig deeper, you have to ask the next question. Why is the Gazzetta newspaper printed on pink paper?

The Gazzetta was born on 3 April 1986; its very first copy was printed on green paper and it remained like that for at least three more years. The newspaper, before its final and current colour, was also published on yellow and white paper. But those colours did not make history.

The reason why pink was finally settled upon is still unclear to the current journalists of Gazzetta. Somebody says the colour was chosen because it cost less to keep the colour pink instead of whitening the paper, while somebody else says that a survey – shared among the very first Gazzetta readers – resulted in pink being the most popular choice of the public.

However, it still took ten more years to witness the very first Giro d’Italia and 30 more to see the pink jersey on the leader’s shoulders at the race. Why?

Unfortunately for the Italian pride, the answer must be found beyond the Alps, on French soil. The Tour de France, the most famous and prestigious historic Grand Tour, was born in 1903, and it was organised by the car magazine L’Auto. The Tour leaders began to wear a yellow jersey (the colour of the Auto's pages) in 1919.

To say that the Giro’s leader jersey is pink because the Tour’s leader jersey was yellow might be a stretch (and I probably risk being condemned and banned for blasphemy by mentioning it!), but it’s not that far from reality either.

So, in the end, perhaps it is easier to say that the answer is simple: the pink jersey of the Giro d’Italia is pink because the Gazzetta is pink and the Tour is yellow. End of story.