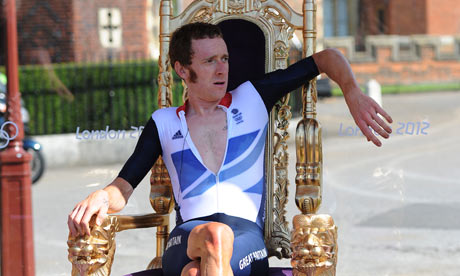 Bradley Wiggins’ new found status as one of Britain’s most high profile athletes will spark a raft of commercial deals from brands looking for something different to “glamour athletes” such as Usain Bolt, according to industry experts.

Almost seven million viewers tuned in to watch the win on the BBC, while Twitter was ablaze with a activity during the race, which saw Wiggins’ name become a top trending topic on Twitter throughout the day.

PR guru Max Clifford has said that Wiggins’ “squeaky clean sporting image” could accrue £20m over the next five years off the back of his recent successes.

Sponsorship experts say while these earnings are feasible, he is likely to partner with brands he believes in rather than accept every endorsement that comes his way. The mod enthusiast cyclist has already been signed by Fred Perry to front a collaborative clothing range for six seasons.

Andy Muggleton, director at Generate Sponsorship, says: “He isn’t one of the ‘glamour athletes’ which could limit his possibilities but his laid-back personality as well as his sometimes non-conformist approach could be a consideration for some brands.

“He will however no doubt be looking to set himself up financially and capitalise on this success. It’s an exciting time for both Wiggins and the brands he chooses to partner with. He is a clean, down-to-earth figure which British, healthy brands will be all over.”

It is not just British brands that will be interested in Wiggins’ rising brand value. International brands are likely to see his success in the Tour de France last month, which saw him become the race’s first British winner, as a way of exploiting markets beyond the UK.

For full feature of this article go to Marketing Week: http://www.marketingweek.co.uk/news/wiggins-gold-will-spark-sponsorship-boom/4003086.article