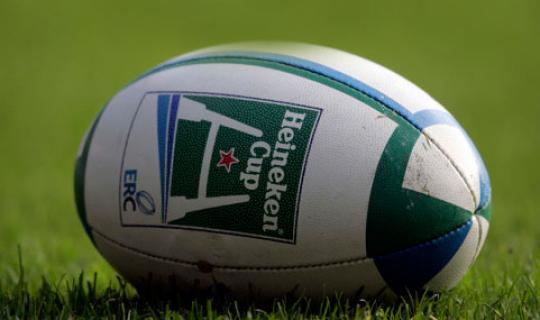 The Rugby Champions Cup has been announced to begin next year for the 2014/2015 season and will be open to all three European Leagues. However, Premiership Rugby and Ligue Nationale de Rugby have joined forces in their desire to start this new tournament. Both have stated that they are unhappy to work under the European Rugby Cup, who organise the Heineken Cup and so will be running the Rugby Champions Cup themselves. It will be a tournament played by, and run by the clubs themselves, not the Rugby Unions.

However, even if the new tournament is approved by the English and French Rugby Unions, who is to say that other European countries will be interested in entering in their clubs? The competition may end up being only French and English teams competing which might not attract as big an audience as they hope for. Furthermore, some believe that the Celtic teams will stick together as they have more to lose by joining England and France in their new tournament. Although the Celtic teams respect England and France’s decision, as it is not trying to put them in a worse position, the Scottish Rugby Union have said, they see no reason to leave the ERC when it has always been successful.

There are some views that English and French clubs are acting selfishly and only focussing on money, but can we blame them? They both have more clubs than any other European country, and so each one requires a larger income to help with the constant improvement of their teams. French and English teams both lose money in the Heineken Cup to their counterparts, which is what has spurred them on to develop their own tournament.  Although they do not want to inflict trouble on the other countries and have offered them the chance to take part in this tournament, the consequences have unfortunately had a knock on effect.

The uncertainty as to whether the Heineken Cup is going to carry on has started to cause problems for Wales. Some of the Welsh clubs are unable to renew some of their player contracts as they do not know if they have the budget for it. The Cardiff Blues, for example, are unsure whether they can renew Sam Warburton’s contract for the new season. Some might think that this situation will weaken some of the Welsh clubs as they cannot afford to keep their top players, something which has also happened in the past.

The decision as to whether the Rugby Champions Cup will get the green light is being held off until the next negotiations meeting held by the ERC on 23rd October. The French and English clubs required a resolution be found urgently as otherwise they will find a way to deal with it themselves.