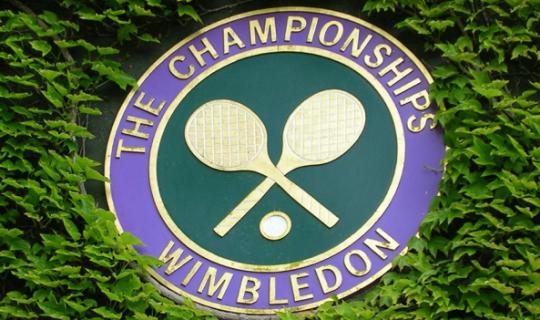 Wimbledon is two weeks of the year that is synonymous with the English summer; we can’t help but turn our attention to strawberries and cream, Pimms, and our favourite British tennis stars.

The oldest of tennis’ Grand Slams, holds a special place in the hearts of tennis players worldwide. Not only is it special for home stars like Laura Robson, but overseas players as well. Novak Djokovic, who won a third championship on Sunday, said early in his career that Wimbledon is his favourite of the four Grand Slams, and the one he most wanted to win. The Championships draw crowds and interest across the world whether it be avid tennis fans, ‘Wimbledon fortnighters’ (those who become obsessed with tennis religiously for the same two weeks every year) celebrities or those who happen to be near SW19 in late June.

Wimbledon has stuck to its traditional origins in a way the US, Australian and French Open’s have not. It enforces a strict policy on the way players dress; its all-white regulation seems to add to the prestige of the fortnight. Whilst the dress code formalities can sometimes go too far, as demonstrated by the attention a black bra strap received this year, coupled with the fact that Wimbledon’s own official headband falls foul of the ruling, it does reinforce the tournament’s feel. The traditional dress code also applies to those sitting in the Royal Box, a jacket and tie is required at all times as Lewis Hamilton found out on Sunday. Wimbledon recently celebrated the 10th year of its partnership with Ralph Lauren supplying outfits for the ball boys and girls, line judges and umpires. The uniforms Ralph Lauren provides are significantly more traditional than those at other major tennis tournaments.

Fanatics, the Australian travel tour company have attracted criticism for being too loud and boisterous while watching at Wimbledon this year.  Their colourful shirts and fervent support of all the Australians in the draw has made them media darlings, but they upset the more traditional fans in attendance.

The All England Club prides itself on its choice of commercial partners, preferring partnerships to sponsorships. Four of the tournament’s official partners have a relationship dating at least 20 years, the partnerships with Robinsons and Slazenger have been in place for most of the tournament’s history. Slazenger have supplied the balls for Wimbledon for 102 years, the longest such partnership in sporting history, and one that is firmly cemented in the record books. Robinsons’ partnership with Wimbledon dates back to the days that Fred Perry triumphed on Centre Court, an 80 year affiliation. On their website, Robinsons attributes the partnership with Wimbledon as the real start of “their story”.

Interestingly however, one of the most common associations with Wimbledon is not actually a paid partnership at all. Pimms is the drink of choice for many at SW19, with 450,000 glasses sold over the fortnight. Few visitors leave Wimbledon without sampling the drink, a fantastic utilization of consumer habit and trends.

The tournament could be considered clean, unlike many events on the global sporting circuit, brands and commercial partners are subtly placed at Wimbledon. The value for Wimbledon’s commercial partners is in the intangible benefits of associating their brand with the tournament. Interestingly, research has shown that precisely because of this, brand recall is higher for Wimbledon than other tennis events.

Wimbledon’s loyalty to its long time partners meant that they had to rely on lucrative broadcast deals to bring in revenue. Wimbledon’s revenue increased dramatically through the 1980s, with the success of Boris Becker and Steffi Graf allowing Wimbledon to cash in on European TV rights. Revenue increased from £400,000 to £10m between the 1980 and 1990, and now sits around £40m.

Both deals with Robinsons and Slazenger began long before tennis became the global commercial entity it is now, however the continuation and loyalty shown by the renewal  of these historical partnerships partly demonstrate why Wimbledon is one of the most loved, recognisable and unique events in world sport.