WINTER OLYMPICS: ONES TO WATCH 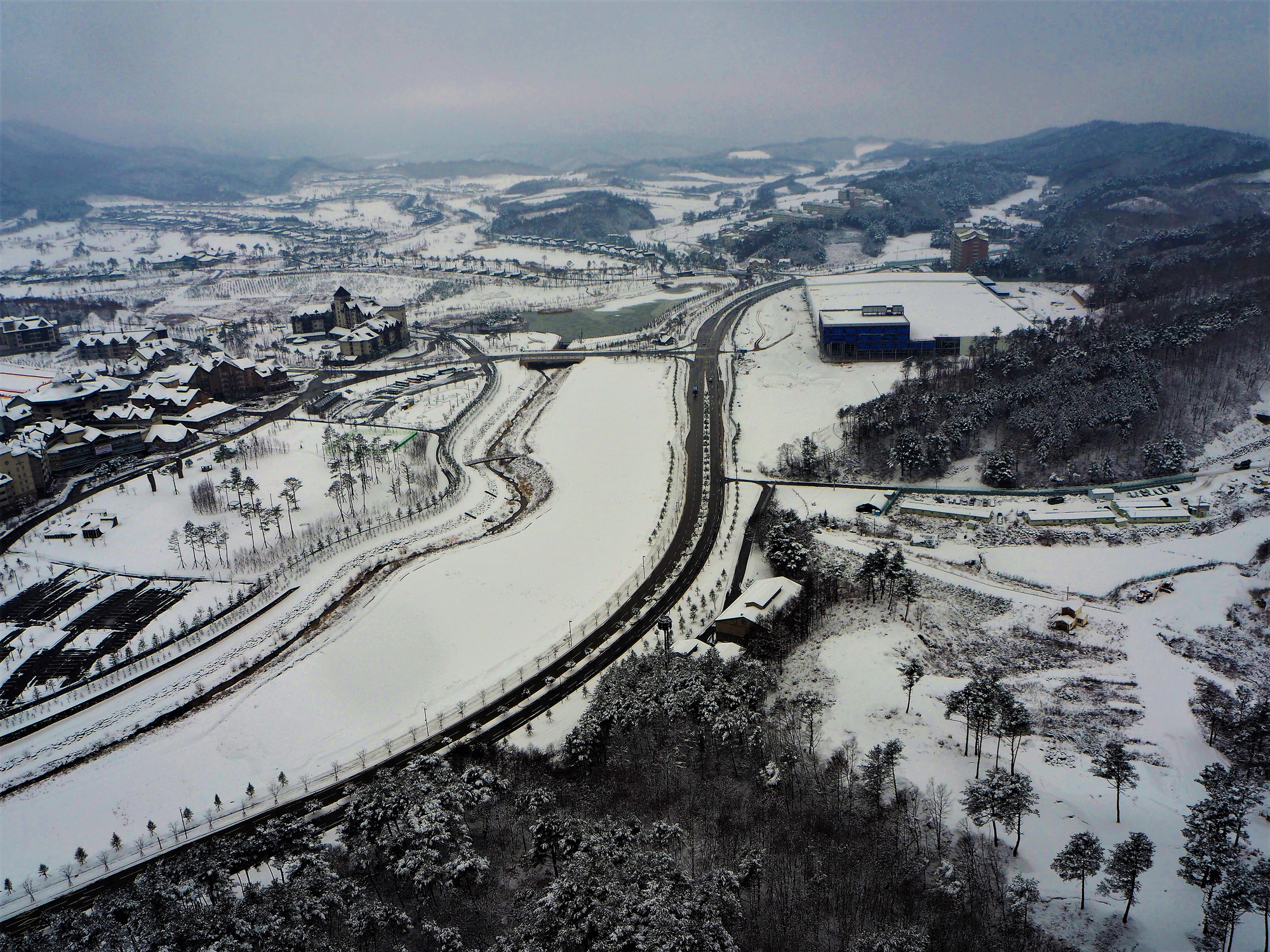 So it’s just under two month’s to go until the 2018 Winter Olympics get underway in PyeongChang and Ski Sunday is back on our screens (YASSS). Before the world’s media turn their eyes to South Korea, here’s a look at our GB hotshots in the running for medal success at next year’s Games…

When James “Woodsy” Woods won the first ski slopestyle World Cup event of the season at the weekend in Cardrona, New Zealand, following his X Games gold medal in Aspen last winter, it confirmed his position as one of the very best freestyle skiers on the planet, and a serious contender to win an Olympic medal in skiing slopestyle at PyeongChang. His track record of slopestyle results includes three World Cup wins between 2012 and 2015, and two bronze medals last season at the European X Games and Freestyle World Championships. Woods started skiing aged 10 at Sheffield dry ski slope after responding to a free trial in the local newspaper – he was immediately hooked. In between competitions, Woods spends his life chasing the snow and the best training conditions, recently stating to Ski Sunday’s Graham Bell: “I’m trying not to tie myself down. I’ve got an amazing group of friends on the circuit that I travel the world with and there’ll be plenty of time when I retire to see my friends and family back in Sheffield. Right now I’m going to milk this thing because it’s too good to be true.”

Katie O, as she is known in the British snowboard team, is arguably Britain’s best medal chance for Pyeongchang 2018, competing in the snowboard slopestyle and the new Olympic discipline of snowboard big air. When she was 16 Ormerod narrowly missed qualifying for the 2014 Winter Olympics in Sochi. Now 20, recent performances show she’s definitely come of age as an athlete – she won a big air World Cup event in Moscow last season as well as taking slopestyle bronze at the Aspen X Games. Prior to those results, in November 2016, she placed third at the big air World Cup in Pyeongchang. Since this was a test event for the forthcoming Olympics, held at the same venue, the result gave Ormerod the confidence that she could compete with the world’s best. British snowboard team coach Hamish McKnight has nothing but praise for her work ethic, recently reporting for The Telegraph: “There’s no doubt that Katie is one of the hardest-working athletes on the programme,” he says. “She is the first person on the hill and the last to leave…”

Not a dead cert, but still a super strong medal contender is slalom smashing, Lancashire’s Dave Ryder who is, claims British Ski and Snowboard Association performance director Dan Hunt, “debunking the myth” that GB cannot compete in traditional alpine disciplines. Ryding began racing on dry slopes in the UK at the age of eight. He trained at Pendle dry ski slope in Lancashire and had actually never skied on snow until the age of 12. Ryding had a great 2017 season, with a second-place podium finish in Kitzbuhel making him the second British man ever to achieve a World Cup alpine podium and the first in 36 years. An eighth place finish overall in 2017 has left him in a very good position coming into the 2018 season and the PyeongChang Winter Games.

Britain has won a medal in every Olympics since women's skeleton was introduced to the schedule at Salt Lake City in 2002. No pressure then for current reigning champ, Lizzy Yarnold, who will be defending her Olympic title from Sochi 2014 when she takes to the run in February next year. It’s been a shaky start to the season for Lizzy whose recent performance at the Skeleton World Cup race in Winterberg, Germany, saw her having to settle for 13th place; blaming bad weather and poor conditions for a slower run. The build-up to February's Winter Olympics in Pyeongchang will continue in Innsbruck, Austria before the Christmas and New Year break and teammate Amy Williams, is still backing her chances: "She's definitely still a medal contender. Her start to the season may not have been so good, but in our sport you do test a lot of things," said Williams, speaking at SportsAid's annual SportsBall in London. "Sometimes you have to sacrifice races to test different bits of runners or other equipment. “Just because she hasn't done quite as well so far, it's early days and there is a long season ahead before the Olympics in February.

What a year for the ice queen – she recovered from a difficult 2014 Winter Olympics (Elise was penalised in all three of her events at Sochi 2014) to become triple world champion, taking the 1,000m, 1500m and overall titles at the World Short Track Speed Skating Championships in Rotterdam, as well as a bronze in the 3,000m. Born in the Scottish town of Livingston, Christie started out as a figure skater, but was quickly drawn to short track after a club opened at her local ice rink. She trained once a week until she was 15 and proved herself so adept at her new sport that she was invited to join the national team. An outstanding junior, she moved to Nottingham to train full time and was 19 when she earned selection for her first Olympics at Vancouver 2010. The Scot - named Sunday Times Sportswoman of the Year - also won a World Cup event in South Korea and broke the 500m world record in Salt Lake City in November 2016 with a time of 42.335 seconds - covering nearly 12 metres per second on the ice. Keep an eye on her, come February, if you can keep up…

So, some pretty serious talent on the UK scene to track come February but I’m backing Woodsy for our best medal success. Keep a look out for the Telegraph’s Olympics pages for the full run-down of who to watch and when they’re on screens…