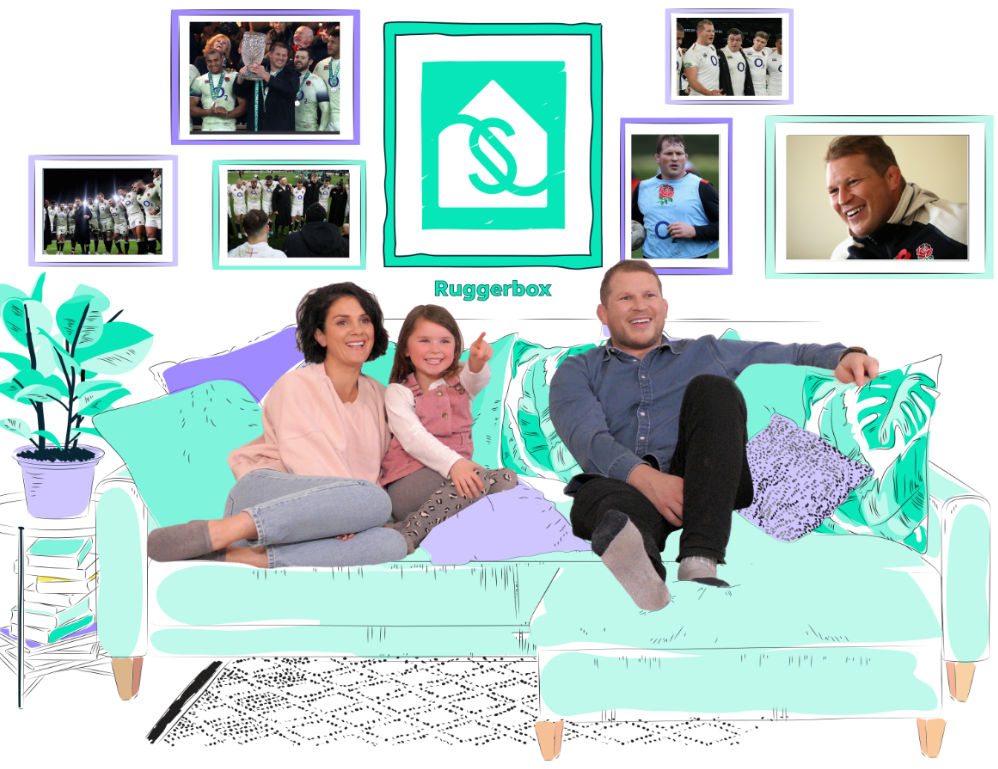 Throughout the pandemic, we have talked a lot about adapting as both an agency and industry in order to continue producing highly engaging and relevant content.

The launch of Ruggerbox is exactly that! The series sees three rugby supporting families (and you may recognise some famous faces) who couldn’t get together in the stadium, come together at home ahead of the Autumn Nations Cup.

Sport has a way of bringing people together and our three families use the games as an opportunity to discuss all things physical and mental wellbeing, to support the launch of Simplyhealth’s new health and wellbeing app, SimplyMe.

The aim is to reach new audiences to download the app through their partnership with England Rugby, plus their amazing ambassadors Heather Fisher and Dylan Hartley. Simplyhealth wanted to trigger conversation, show a sense of community and ensure that we’re all supported in making the small choices that will help us lead happier, healthier lives.

So, we decided to film Simplyhealth’s wonderful ambassadors; former England rugby captain, Dylan Hartley, and England rugby player, Heather Fisher, as well as two amateur rugby players Sam and Nathanial or The John Brothers as they’re more affectionately known, tackling conversations around mental and physical health with their loved ones. Heather was joined by her mum, Michelle and her 84-year-old Nan, Nicole, whilst Dylan sat down with his curious 5-year-old daughter, Thea and his wife Jo. Each of the families grabbed their snacks, drinks and cushions to come together to watch the rugby.

Just like life, it takes all shapes and sizes to play rugby, with everyone’s experiences varying greatly. As the families watched the game it brought to life conversations on Mind, Heart, Weight, Sleep and Activity, the five trackers within the SimplyMe app.

Our small crew captured their reactions, discussions, laughter and even occasionally snores which led to some golden moments, some of which couldn’t be released to the public! This was then turned into a four-part video series which will be launched exclusively on the Simplyhealth social media channels, and supported by the ambassadors and England Rugby social accounts, so that fans watching the Autumn Nations Cup, who can’t currently go into the stadium, can still feel like they’re part of something.

With support from their partner the RFU, the aim is to reach as many rugby fans across the country as possible and not only provide them with relevant content linked to health but encourage them to put their own wellbeing at the forefront of their minds.