THE JACKSONVILLE JAGUARS COME TO LONDON 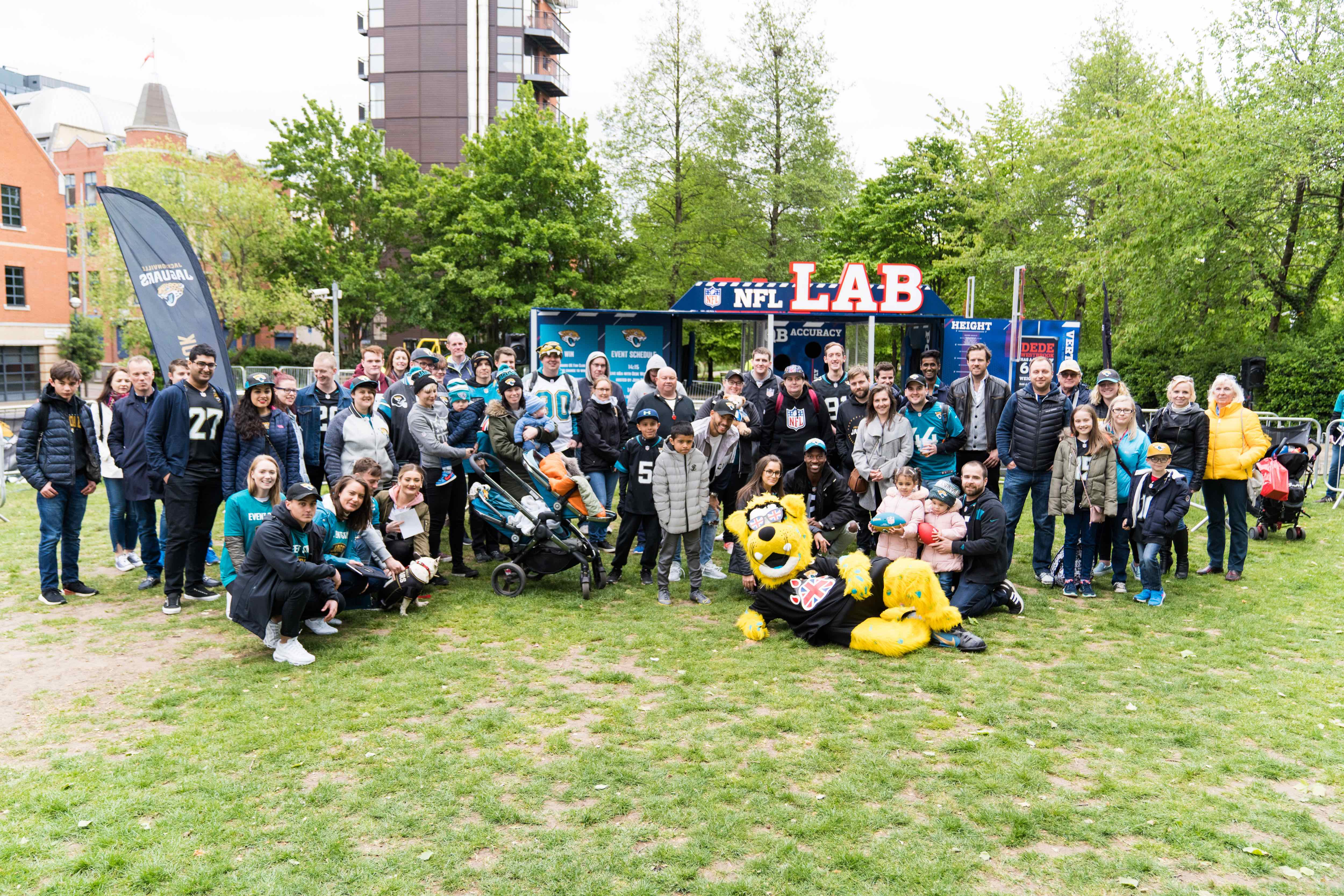 To implement a multi-channel marketing strategy to not only raise greater awareness of the team but build and engage with the fanbase to ultimately create a platform for sponsorship opportunities.

The team created a year-long series of campaigns to support and grow fans at all levels.

We capitalised on Jaguars London game with national coverage to build team presence and awareness in the UK. Alongside this, we developed and hosted an annual Jags Fan Fest on London’s Southbank with games, giveaways and player attendance to drive ongoing fan support.

We also created and implemented a social strategy to not only keep existing fans engaged but also grow the Jaguars UK fan community. An example of this was 'That Peter Crouch American Football Show' as we created bespoke content throughout the year to drive multi-channel presence for the Jaguars in the UK.

Coverage was secured in all nationals and top broadcast channels including BBC, Sky Sports, ITV, ESPN, TalkSPORT and Give Me Sport.

The Jaguars became the fastest growing NFL team on social media in the UK with over 3 million social impressions and 25k engagements in 2019 – an average engagement rate of 4.9%.

We also gained 170k video views throughout the year.